Dominic has been dreading this morning since he met with LJ two weeks ago.  He’d promised to fly out to Cali last week, but his work obligations kept him from going.  If he would be honest with himself, he’d admit that postponing the trip was a big relief.   It gave him another week to ignore the truth.  But now today is here, and Dominic is lying in bed trying to figure out what to do about it.  I have to get this over with, so I can fix things with Jade before I lose her forever.

He rolled over to look at her, but she wasn’t there for him to see. This was the fifth morning in a row that Jade was gone before he woke up.  The usual “At The Gym” sticky note was waiting for him on his nightstand.   He’d hoped she would be lying beside him when he awoke this morning.  Lately, he’d been coming to bed an hour or two after her just to keep from having to talk. Now, with her morning gym routine, she’s always gone when he wakes up.  But he needed her to be home this morning, so he could explain that things would get better once he got back from his business trip.   Maybe she’ll come home before I leave, he thought heading into the bathroom.

He grabbed his clippers from under the cabinet and began shaping up his beard.  He even contemplated cutting it completely off because Ma Mary always liked it better that way.  But the beard was a Dominic Jacobs thing.  Clean cut was Dominic Jackson, and he couldn’t go back to being him.  Ma Mary would understand, just like she did when he left. He placed the trimmers back under the cabinet and hopped in the shower. His mind lingered on thoughts of his mother’s illness and how LJ had called him a bad son.  Maybe I have stayed away too long.  I need to try to spend as much time with her as I can.  But how?  I can’t be gone from NC for too long.  Jade will get suspicious.

Dominic turned off the shower and dried himself off.   He decided to assess the situation with Ma Mary when he arrived in Cali. I can always tell Jade that my trip got extended.  She won’t question it if it’s about work.   Damn!  I have to stop lying to her!

He shook his head at himself in the mirror.  Dominic Jacobs was staring back at him, but all the lying he was doing meant Dominic Jackson was still buried inside.  He walked over to the closet and pulled out a fresh pair of Jordan’s, a new pair of True Religion jeans, and a crisp Polo shirt. He wanted to be sure he’d be comfortable during his five-hour flight to Los Angeles.  He hadn’t been back to California since he left there 20 years ago.  He was 19 then—when he shed his true identity and lost his father.  Dominic hadn’t thought about his father in years.  But now he’d have to face those demons too.

“Are you going somewhere?” Jade asked, placing her keys on the dresser.

“You never told me about a business trip, Dominic.”

“Dominic.  I would remember if you said you were flying across the country for a week. You know you didn’t tell me.”

“You know what!” she said rolling her eyes and walking towards the bathroom, “I don’t get you!  You say work is stressing you out, and I try to be supportive.  But instead of talking about it, you keep blowing me off. “

“I’m not blowing you off, Jade.   You just wouldn’t understand.”

“Why, because I’m not a math genius? Did you forget that my business grossed 7 million last year and that I do my own damn books?”

“No, Baby. I didn’t forget but being a stockbroker requires a lot more than balancing your books.  I just don’t want to—

“Whatever, Dominic, “she said raising her hand in front of his face, “It’s not even about your damn job! You’re pushing me to the side for whatever or WHOEVER you’re preoccupied with.  Keep on, and you won’t have to push much further.”

“Jade, Baby,” Dominic walked over to her and placed his arms around her waist, “There is no whoever.”

Jade tried resisting his embrace, but he pulled her in close anyway.

“And I’m not trying to push you away. I love you. You’re still the most important thing in the world to me.”

“Ha! I’m the most important thing?”

“Yeah! Right!” she yelled pushing back from him. “You don’t even notice me anymore.”

“NO, you don’t!  I’ve lost 12 pounds over the last eight weeks, and you haven’t even noticed.  My triceps and biceps are starting to pop,  and you haven’t said a thing. I feel better than I’ve ever felt, and you don’t even want to hear about it.”

Dominic stares at his wife as silence overtakes the room.  For the first time in weeks, he’s looking directly at her instead of through her.  He realizes that he allowed himself to forget how sexy she truly is.  At this moment, he’s lost in her caramel macchiato complexion and how it glows.  He’s taking notice of the changes that he failed to see before.   He’s observing the perkiness of her breast and how her triceps flex as she stands there with her hands on her luscious hips.  Hips that now rest beneath a trimmer waistline that complements her natural coke bottle shape.  Dominic has always thought of Jade’s shape as a bonus to her intellect, which is why even though she doesn’t think so, he still thinks of her as the most beautiful woman he’s ever seen.   And now, the fear of losing his beautiful wife may become a reality.

“Jade, Baby, you look great.  I can see how hard you’ve been working, and I’m proud of you. But—”

“You’ve always looked great to me.  I never needed you to change your appearance.”

“You want me to believe that you still find me just as attractive as you did 15 years ago?  Ha! You don’t even touch me anymore.

We haven’t had sex in months, and you ignore the fact that my biological clock is going to one day stop ticking.”

She was standing with her arms crossed with all her weight shifted to her right side.  That was her you’re getting on my last nerve stance.

“It’s the flight update.  I have to go if I want to make the flight.”

“Whatever, I need to get in the shower.”

She turned around to face him with a beautiful yet emotionless face.  Dominic could see the love in her eyes fading away.   I’m losing her.

“I promise.  When I get back, we’ll talk about our marriage.  We’ll work on it.”

“Whatever.  Have a nice trip.”

She didn’t answer.  The bathroom door slammed behind her, and her Jazz music began blasting.  She was upset.  She didn’t like to argue.  Jazz was her way of mellowing down, releasing her anxiety—her anger.  Dominic walked over to the bathroom door.  I’ll tell her the truth now, he thought.  I have nothing left to lose. But Jade had locked the door behind her.   That’s something she never used to do.  Dominic grabbed his bag from beside the dresser and headed downstairs.  By the time he got outside, his Uber was waiting for him.  He hopped in the back seat and laid his head back.  I will fix it when I get back.

Dominic squeezed the phone in his hand.  LJ’s mouth was what he didn’t need right now.  She never could exercise restraint.  Why does everything have to be about my loyalty to my family?

Dominic turned his phone off and placed it in his bag.  He needed to escape everything, and right now the Uber ride was as close to a getaway car as he could get. 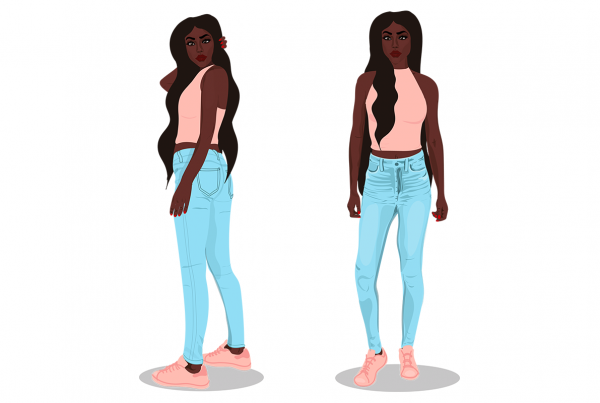 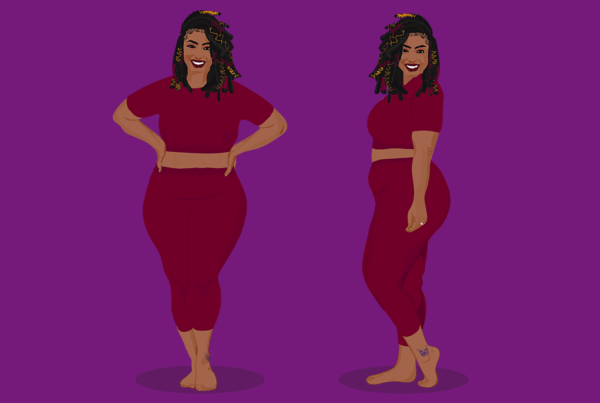 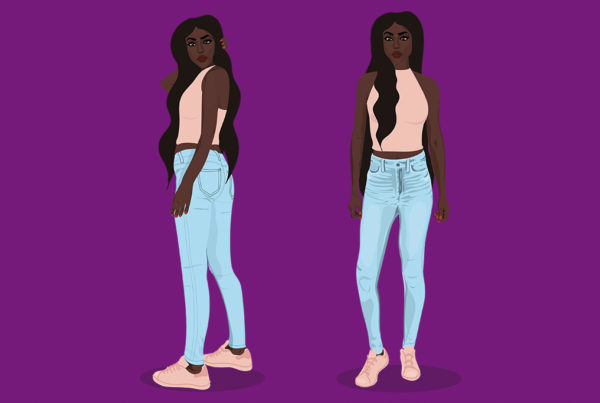 The Opportunity of a Lifetime

I’m a fitness lifestyle coach and blogger. My passion is sharing my knowledge and thoughts about dieting and training while helping others achieve their long-term goals.